Gedit on Ubuntu: simple but powerful

Holy wars are going on to determine which one is best.

For me, on the Mac, TextMate wins on all terrains.
I don't use Windows a lot and less for programming so I cannot really judge (I have a Windows 7 netbook that is so slow -even after tweaking its BIOS and OS settings- that I do not even think of making a webapp on it)

Linux, and in particular Ubuntu, is my second favorite developer OS.
I use it regularly and today I came to know gedit a bit better.
I was surprised how close it comes to TextMate when you tweak it a bit with default + additional plugins.
Just activate the extra plugins after having installed them with apt-get (or your Linux flavor's package manager)

I found Gedit already a comfortable text editor. I had already the filetree and I could toggle between tabs with alt-1 alt-2 etc. Well in a matter of minutes I could add:

Old news for some and yeah.. "all editors have that, no?!"
Well might be, but Gedit is superlight and things don't stand in your way.

Conclusion, why Gedit (or Textmate on the Mac) ?

For me, like TextMate, this is the perfect solution because I hate heavy memory-consuming (slow) IDEs.
VI(M), although I like it for its diehard keyboard-only control, is not ideal for cut/copy/paste pieces of texts around (or I need to read the Vim Oreilly book and post a VI crash course here, I might do that one day ..)

Hope this is useful for some Linux / Ubuntu / Gnome users

Some printscreens of how this looks: 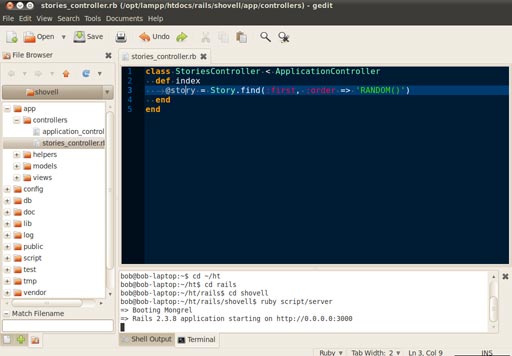 -- find HTML entities, new menu option with KB shortcuts, dots/ space-bar indicators
-- pick a color and it is translated to its hexadecimal code which you can insert into your code 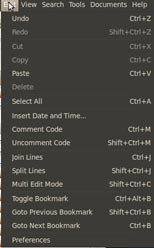