Yii is a fast, secure and professional PHP Framework. The performance chart is indeed quite impressive. According to the homepage, Yii is using a "lazy loading technique": basically include a functionality (create object) not earlier than strictly needed. Yii is also very complete in its feature set.

Compared with other PHP frameworks ..

This following comparison with other frameworks shows Yii has it all:

Why is it awesome?

Of course, as any framework, there is a learning curve and you need to feel comfortable with OOP (object oriented programming). I can already see development time decreasing in the near future:

I am still in the exploring phase, but this is quite something, isn't it?

Resources to get you going with Yii 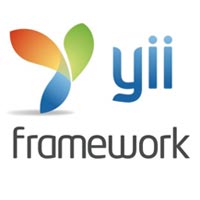