My first week of Perl

... has been quite effective. I already solved some easy to intermediate problems with less code. I am far from mastering the language, but it is one of the few times I saw results this quickly 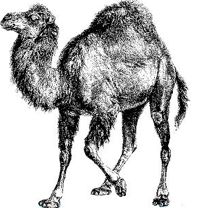 I need to do some data mining and I was tired to have some sed, awk/ Unix utilities and some PHP. I wanted one solution. And although I have Python on my list to learn (as well as Ruby) by coincidence I stumbled upon this old Perl 4 tutorial from the early 1990's! It really wetted my appetite as it had some good exercises to get a hang of the basics. After finishing this short tutorial, I wanted something more detailed, so I went to the book shop and bought Learning Perl, 6th Edition (the 6th edition just came out in June 2011, this book is also called "the LLama"). This title is absolutely fantastic, quite thorough. It also has some good exercises that you really should do to rehash what you have read. I really understand most concepts now. After this one you can continue with Intermediate Perl and Mastering Perl of the same authors.

Perl is very robust, there are few to no things you cannot do with it. It has strong support for Regular Expressions - this is particularly of interest for what I am going to use the language: text parsing (but I think Python is as powerful, I can probably tell in some months, because it is next on my agenda).

The shortcuts in syntax take a bit of time to get used to. There are special variables to save code. In a loop $_ automatically takes the iterator value and you don't need to mention it. See the next code example:

Another example is when matching a regular expression:

I like the distinction in variable names: $ for a scalar, @ for a list (array) and % for a hash. You can assign a list to a @list and you get the complete list, but if you assign it to a $scalar you get the number of list items. There are many examples where you save typing. The language is well designed (thanks Larry)

Counting words in a text

An example how easy it is to get a hash of words found with their frequencies in this post (top 10):

Another example I gave in my previous blogpost where I converted text into html (based upon some easy rules). I use it now as I write this post. It is an example of the many things you can use Perl to get things done and save time.

I didn't even experiment with Perl Modules and I haven't mentioned a lot of cool stuff. Read Learning Perl! More in another blog post I guess...