Git in a nutshell: some basics to get you started

Git is really not that hard to learn, yet it is a powerful tool to manage version control of your work. I learned the basics recently studying the Ruby on Rails tutorial. From there Pro Git is an interesting follow-up. This post shows some basic Git to get started. 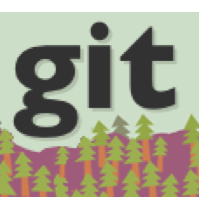 According to the Pro Git book, Git was designed to meet the following goals:

These are indeed advantages to use Git over other version control systems. It is very fast, mainly because it works against local repositories (vs. remote syncing for every operation).

After installing Git there are some initial configs you should make:

The basics - and maybe all you need to know for now (?)

It requires only a few basic concepts to successfully work with Git (the following commands should be executed in the working directory) :

If you modify a file after you run git add, you have to run git add again to stage the latest version of the file. You can exclude files by filling in the .gitignore file in the working directory (for example to exlude logfiles in a Ruby on Rails project fill it with: .bundle, db/*.sqlite3, log/*.log, tmp/**/*)

Branches allow to diverge from the main line of development. This allows developers to work on bug fixes and new features without interfering with the main (live) branch (master). Later you can merge branches with each other or with the master branch. The basics are quite simple:

This is the easiest example of branching, there are more advanced options possible like 3-way merging (merging various branches at once) and rebasing, again see Pro Git for more info.

And this concludes the basics of Git, which matches the first 4 chapters of Pro Git and the end of Chapter 1 of the Ruby on Rails tutorial. I think these notes will cover me 95% in the following web projects I develop (alone). With multiple developers I might need to write a follow-up post with more advanced concepts !

One thing is missing from this basic Git tutorial, setting up GitHub! You typically want to push your code to GitHub to have a backup and to allow for collaborations with other developers. Check the "SSH keys" part when creating your account. After creating a new repository in the GitHub GUI, pushing your code is easy:

The Ruby on Rails tutorial introduced me to Heroku as well. I copy the steps here to push your code to Heroku:

Heroku return something like "Created http://severe-fire-61.heroku.com/ | [email protected]:severe-fire-61.git ... Git remote heroku added" and that is it!

You can also use Heroku also when developing Facebook Apps! See this nice tutorial.

For more info, check out the Git site's documentation as well