How to create a simple Twitter bot with Python

Creating a Twitter bot is a nice exercise in programming because it touches upon many aspects: APIs, url / text parsing, automation (cronjobs), logging. Some time ago I created two Twitter bots:

To refresh my memory and share the knowledge I went through the motions again today creating another bot. For this post I created @quotes_ondesign, a bot that sends out design quotes retrieved from the Quotes on Design API. The code is on github if you want to check it out.

And the result: auto-generated quote tweets (frequency is greater due to testing, but should post once a hour): 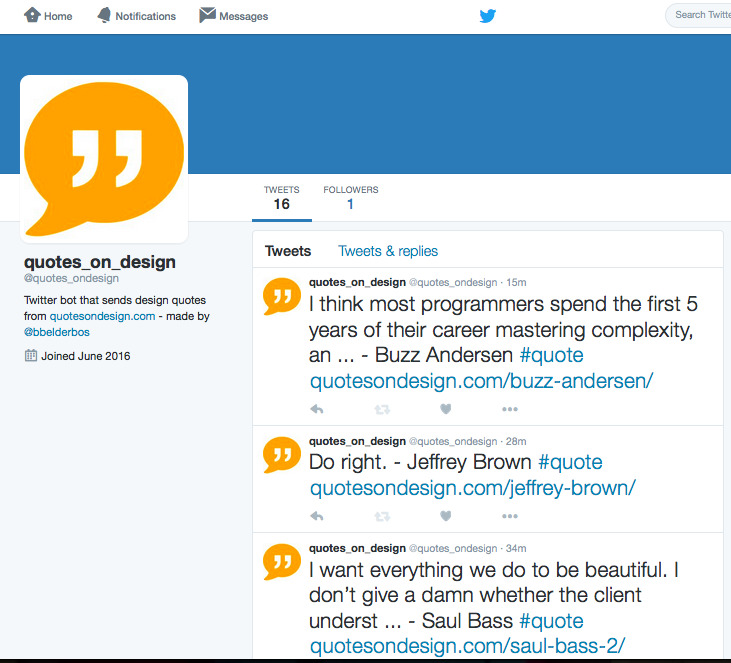