As a tradition at the end of the year I'll take a moment to reflect back what this blog brought you this year. 2011 was a year of APIs, good books, reading and music apps, Perl exploring and more ...

Up and foremost, you can check all posts in the Archives (which is created with the very cool Snazzy Archives). 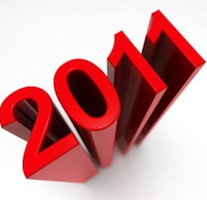 01.2011: one of my favorites is the post about the Youtube gdata API to make a trailer wrapper for sharemovi.es. I did some twitter digests as well, but stopped it, because I found it too much clutter. Some cool jQuery snippets (and later jeditable). More jQuery in 2012, that's for sure!

02.2011: post about one of my favorite books about software development

03.2011: what turned out to be a popular post: Let Facebook "Like" button pick the right image!. This post answered a question a lot of developers had: why doesn't Facebook show the right image when I "like" a post? Now meta tag definition is more apparent in the Open Graph Beta, but back in March this was an issue lots of us struggled with. Another interesting post was the pros and cons of the FB comment box plugin that had its second version released. I would embrace it but some weeks ago, I decided to stick with Disqus. Definite hightlight in March was my weekend-hack-Facebook-app "My Reading List" (visit it here). People are still sharing books weekly via this App, nice!

04.2011 - some FB posts, but highlights are two well received articles about the passionate programmer, still one of my favorite inspirational career titles, and some notes on good software development

06.2011 - back to Facebook App creation. After sharemovi.es and "my reading list", I wanted to do something with Music, so I made Friends Jukebox (visit here): a simple app to know what music your friends like, bundling the power of the LastFM API and the Youtube API to provide artist data and music videos. Video demos about all 3 FB Apps can be seen here (btw, Screenr is an awesome piece of software to record and propagate your own videos).

07.2011 - quite some activity: canvas app example for a birthday app; FB has something like this already, but it was all about the tutorial side, and poring it into a new design. Then FB FQL, a post on blogging, and on debugging.

08.2011 - I started to learn Perl, that turned out a powerful tool to have in my toolkit! Some practical experimenting: how to post to FB with Perl, a simple script to convert text to html for Wordpress (which still saves me time weekly). G+ was about to release its API but you could already do stuff.

09.2011 - I switched to posterous getting domain http://exploringtheweb.net/, but moved back because it is hard to maintain two blogs and bobbelderbos.com has its history and loyal visitors. That aside, I designed a My Reading List widget (see in action in the sidebar), there are some more small posts with tricks, check the archives

11.2011 - an interesting new Yii title I reviewed, a reader request: a page to post and maintain Facebook pages (as the ID of the FB page!), but what really stood out was a huge spike in visits from hackers news on: Your own movie database in 5 minutes with IMDb API and Perl, a simple movie DB app scrapìng imdbapiwith Perl (I would use themoviedb.org a month later)

12.2011 - browse the net with YQL, a rich movie search interface with instant trailers and at last a review of FB Graph API cookbook, a useful resource for FB API developers.

What do you think should be on the web tech blog agenda?

Don't hesitate, any idea that can be classified as "Web technology and/or programming" is welcome, leave them below in the comments or on my FB page.

2012 means more web, more technology, more programming, and consequently more blogging. Keep on developing and working on your ideas, I am happy to share mines. Happy 2012!